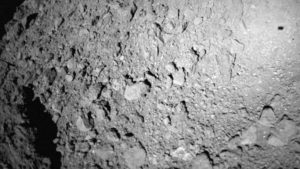 DLR MASCOT lander successfully landed on the surface of the Ryugu asteroid after travelling for more than 3 years on-board the mother craft Hayabusa2 (from JAXA). It successfully performed the planned scientific mission and technological demonstration.

The team at Sonaca Space GmbH has been involved since 2009 as thermal architect and thermal design lead of the whole lander and two of its instruments. We followed the small lander through any major review (PDR, CDR, MRR, FAR) until the launch happened in 2014 and the following first on-flight health checks.